Earth House was founded in 1990 by Dr. Margaret Paloma Pavel and currently conducts local, national and international projects in a variety of print and visual media.

Earth House has worked with a series of environmental sustainability groups in the Pacific Rim, including Cambodia and Japan, and in the US supporting organizations working on issues of health, justice, education, legal services and metropolitan development. Earth House media projects link communication, technology and social advocacy.

Paloma Pavel, PhD, is President of Earth House Center. She is co-founder of the Breakthrough Communities Project and served as Director of Strategic Communications for the Sustainable Metropolitan Communities Initiative at the Ford Foundation. Pavel’s academic background includes graduate study at the London School of Economics (LSE) and Harvard University. Her research at LSE addresses South African Economics in the pre- and post-Apartheid eras. Her dissertation (Organizational Culture and Leadership Development) was part of a five-year study by the Carnegie Foundation on the workplace in America, which culminated in the publication Good Work. She has taught at many Bay Area institutions, including the California Institute for Integral Studies, where she co-chaired the graduate degree program in Organizational Development. Pavel is a frequent lecturer and keynote presenter nationally and internationally on the theory of living systems and urban sustainability. Dr. Pavel is visiting faculty at the University of California, Davis, where she also serves on the Regional Advisory Council for the Center for Regional Change.  At MIT Press, she co-edits the Sustainable Metropolitan Communities Books series with Robert Gottlieb. Dr. Pavel is editor of the nationally recognized book entitled, Breakthrough Communities: Sustainability and Justice in the Next American Metropolis (MIT Press, 2009). 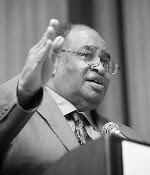 Carl Anthony, architect, author and urban / suburban / regional design strategist, is co-founder of the Breakthrough Communities Project. He has served as Acting Director of the Community and Resource Development Unit at the Ford Foundation, responsible for the Foundation’s world wide programs in fields of Environment and Development, and Community Development.  He directed the Foundation’s Sustainable Metropolitan Communities Initiative and the Regional Equity Demonstration in the United States. Carl funded the national Conversation on Regional Equity (CORE), a dialogue of national policy analysts and advocates for new metropolitan racial justice strategies. He was Founder and, for 12 years Executive Director, of the Urban Habitat Program in the San Francisco Bay Area. With his colleague Luke Cole at the California Rural Legal Assistance Foundation, he founded and published the Race, Poverty and the Environment Journal, the only environmental justice periodical in the United States. He has a professional degree in architecture from Columbia University.  In 1996, he was appointed Fellow at the Institute of Politics, John F. Kennedy School of Government, Harvard University.   Carl’s 2017 forthcoming book is entitled The Earth, the City, and the Hidden Narrative of Race.

In this work, Carl Anthony shares his perspectives as an African-American child in post-World War II Philadelphia; a student and civil rights activist in 1960s Harlem; a traveling student of West African architecture; and an architect, planner, and environmental justice advocate in Berkeley. He contextualizes this within American urbanism and human origins, making profoundly personal both African American and American urban histories as well as planetary origins and environmental issues, to not only bring a new worldview to people of color, but to set forth a truly inclusive vision of our shared planetary future.  read more…

Thanks for your financial support.

Recent News & Resources
Earth House Horizon
Over the past two decades, Earth House has collaborated with a wide range of individuals and institutions to produce and enhance a significant body of books, videos and conferences. We invite you to review our projects and products with a focus on....

Powered by WordPress and WordPress Theme created with Artisteer.